This article has been reproduced from Breakthrough Magazine Winter 2016 issue.

Alec Keeler is clearly the creative force behind Loadtec. He’s an ideas man with more than 30 years’ experience in the fluid transfer and fall prevention industry. He loves solving problems, even some that haven’t been encountered yet. We found out how he and the team at Loadtec delivered a solution to an extreme challenge.

One of the biggest challenges that Loadtec’s Managing Director, Alec, has had to tackle came when a prospective client approached them with a project that should have been relatively straightforward, but for one significant factor. Where it was to be installed the temperature regularly drops to -45 Celsius. 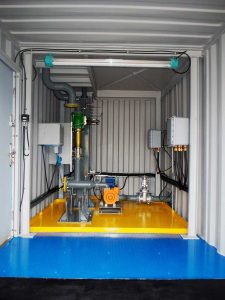 Established 20 years ago, Loadtec is a global provider of solutions for bulk fluid transfer and tanker fall prevention. Where liquids are made they are typically stored in large containers before being transferred, via ship, rail or tanker, for further processing. Loadtec provides the interface between the fixed storage and the transport solution. The broad principles of how this is achieved are similar across most projects, but individual applications vary, depending on the fluid properties, the environment, relevant legislation, toxicity and a range of other factors.

Loadtec is, in essence, a systems integrator. It brings together other manufacturer’s equipment in a carefully designed configuration to meet the requirements of the intended application. Each final solution is different, and the applications can range from simple to highly complex. Two years ago, the company was approached with a project that fell very much into the complex category!

The call came from an engineer working at a massive facility on a Russian island in the North Pacific whose purpose was to bring oil ashore. Diesel, required across the site to power vehicles and other equipment, was delivered in bulk, stored and then distributed as needed. The engineer was looking for a way to empty the diesel supply tankers and fill distribution vehicles. What was being loaded and unloaded needed to be measured accurately, and in absolute safety.

“Initially it sounded like a relatively straightforward application. But that was when he said there were extenuating circumstances,” Alec explained. “He said that in winter, at night, the temperature can drop to -45C.

“It was a huge challenge but was something I had been thinking about for a while, so an application coming along where we could test the theory was a fantastic opportunity.”

Loadtec’s first decision was to put everything into a huge box, and a shipping container presented the ideal solution. The container was super-insulated so it would be able to stand up to the extremes of temperature. Using a shipping container had other benefits. “It’s a standard format, so it was easy to pick up and put on a truck or to place on the deck of a ship to deliver it anywhere in the world,” Alec said.

While it helped with the temperature conundrum, the innovative approach created other challenges. The client had specified significant flow rates so the tankers could be emptied and filled quickly. That meant that space in the container would be tight.

Maintenance of the system was another consideration, so someone needed to be able to get into the container to ensure everything was functioning properly. But it also needed to be secure so unauthorised personnel could not get into it.

The answer was to split the container to create one area for the process plant with a separate area acting as a control room. It meant the tanker drivers could access the container safely and control the transfer. It seemed like a simple but effective solution until it was discovered that Russian regulations demanded an approved firewall between the two sections. It was also established that the planned insulation needed to be fire-tested and the firewall needed to be substantial. Loadtec could not just apply a paint layer or similar.

This was a significant development with knock-on implications and one that could have derailed the whole project.

As well as the fire performance of the insulation the team needed to consider how to pass cabling through the firewall. They had to invent an entirely new ducting solution. It took several weeks to develop a solution that met the requirements of the insulation supplier, to accommodate the cabling and to seal at both ends.

Once they were happy with their approach, another container had to be mocked up and sections of it sent to Texas, where tests were conducted to see how long it would take for a fire to penetrate the insulation and start to damage the box’s infrastructure.

It was a tense period in the project, but the design passed the tests and gained all the necessary approvals.

Of all the projects undertaken by Loadtec, this one had the most significant element of emerging criteria and new challenges.

As well as the fire resistance, the extreme temperature threw up a list of other challenges. The elastomer seals that are usually used would shatter at such low temperatures, so alternatives had to be found. Aluminium pipes had to be swapped for stainless steel. Then everything on the outside the container had to be heated by electrical tracing. There were even some areas where the Loadtec team went back to traditional methods. An example was the decision to use counterweights on the loading arm, rather than risking the failure of a more complicated modern solution in the extreme conditions.

It made the project interesting but had huge implications for the client, with the project cost finishing five times higher than initial estimates. With the design finalised, approvals were achieved and the fluid transfer system was built, then the project moved on to the installation stage. The low temperatures influenced this stage of the project, too. Timing was vital. The equipment left in January and arrived on site in May. Everything had to be assembled through June and July so testing could take place in August. If the installation had slipped into September, the installation teams would have encountered difficulties working outside.

The schedule was adhered to despite more challenges that could not have been foreseen. A local tanker driver, who always opened a ‘little valve’ to help his tanker empty more quickly, was a great example. The team had never seen this before.

So when they were trying to work out why air was getting into the system, it wasn’t immediately obvious. But once they realised what was causing it, some local training was introduced!

While Alec enjoyed the project, he also felt the company as a whole benefited from the experience.

“Technically we learnt a lot. Our management of projects of that scale improved during the job and subsequently we are better equipped to handle projects where we have a higher than normal level of innovation,” he concluded.

So it’s clear that extreme doesn’t cause a problem for Alec and the team at Loadtec: problems are considered opportunities to find creative solutions. As for their next big challenge, it hasn’t arrived yet. But I suspect Alec has the beginnings of the answer floating around in his head. 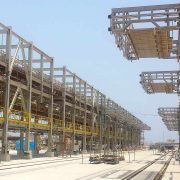 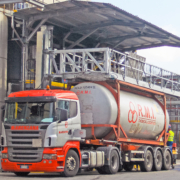 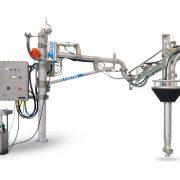 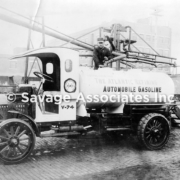 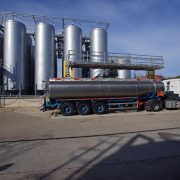 Working on tankers: Safety in storage 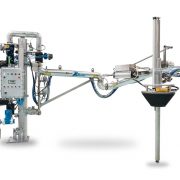